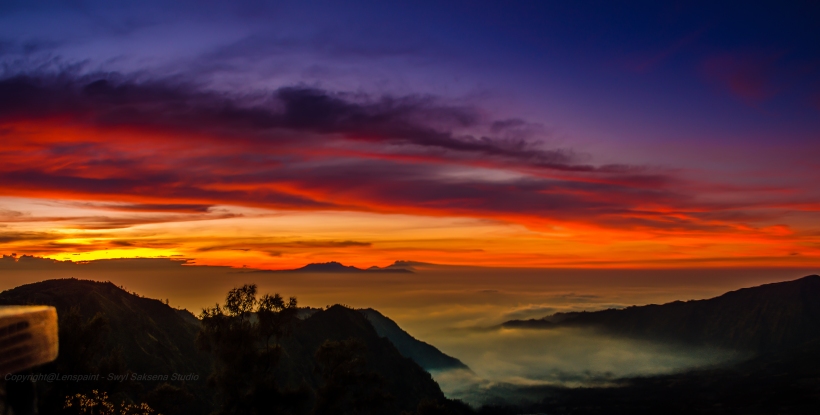 Mornings…We either love them or hate them. The media has a big role to play in terms of how mornings should look like. For them, the idea of a morning involves the following sequence of events – Bright sunlight streams into large sized rooms(with no clutter, obviously). A vivacious woman wakes up with her hair perfectly falling on her shoulders. She has a wide smile playing on her lips. She proceeds to take a steamy shower using a shower gel.  She sometimes plays with the lather that forms and blows it out to no one in particular and then happily proceeds with her day. Depending on what is being sold in this version of mornings, the vivacious-girl-who-plays-with-lather might drink coffee and/or wave to people(sometimes even strangers, depending on how desperately they want to sell you what they are selling you).

I would not speak for everyone, but my mornings are vastly different. For one, sunlight is not responsible for waking me up every morning. The alarm clock rings, leading my half awake self to turn it off multiple times. In fact, for some strange reason, I have two alarm clocks ringing at the same time, on my phone and my husband’s. I get up and turn both of them off and head back to my bed after this vigorous activity early in the morning. I almost feel guilty for sleeping without setting an alarm and then turning it off. Switching off the alarm, or turning on the snooze button earns you that right…the right to sleep for a few extra minutes. Those few extra minutes, if caught in a wrestling match with the remaining 6 (or 7…or 8…or 9….are you a lazy bum?) hours of sleep, would win hands down.

Over the years, I have understood the importance of a morning routine. It helps me find myself. Before I head into the day, doing what I am supposed to do, I sit and be ‘me’ for a few minutes, sipping on ginger tea and writing in my journal. I pick out angel cards in the morning to get advice which a person like me feels she needs to do, in order to be equipped to tackle the challenges of the day.

Earlier, my morning routine consisted of only three things – Get ready, have breakfast and listen to mindless dance Bollywood songs on MTV. That set the tone for the day. Over time, I have become more finicky(and weird) about the stuff that I need to squeeze into my mornings. I feel like an HR manager recruiting for an extremely tough role. I consider various options of what to include in my morning routine and then carefully hand-pick some. If they don’t provide value, I kick them out.

The first thing that  I do as soon as I open my eyes is look at the clouds. I feel thrilled if I see feather or angel shaped clouds, because I consider it to be a good morning wish from the big guy(or gal) up there. Then I scroll through Facebook and my email(not ideal I know) and get in touch with ‘reality’. I then make myself a cup of ginger tea and write in my journal. No playing with soapy foam for me, thank you. Sometimes, I just stare outside my house and think….about nothing in particular. Then I do some energy medicine moves, which have been recruited recently by me. And then the day starts….The value of this morning ‘me time’ has increased over the years and it acts like a soft landing before the day starts.

Now for some weird stuff that finds time in my morning routine. I sometimes write gibberish in my journal. I feel that the pressure for words to make sense build up over time and we talk in an extremely structured way with other people. But, words can’t do justice to raw emotions. Ever cursed and went on a I-don’t-know-what-came-over-me trip? Exactly! Now you know a way to curse without anyone ever getting offended.

Hence, I write nonsensical words(or sometimes sing them, just like kids do)….bapulaposimapoleeee. It feels great because emotions that you are not ready or express in words because they may be too ‘wrong’, come up. If you think I am crazy for doing this, try it. Most importantly know that Osho preaches this a fair bit. I feel much better dragging someone else into the picture. And just imagine if Aamir Khan spoke gibberish instead of what he said recently about intol…err… shimatolipasomimosa. Phew, that’s better.

What weird(or normal) stuff do you do in the mornings?

Signing off now..Have a great day!

P.S – I have sworn myself off the virus called ‘perfection’ in a ceremony that involved two frogs, one unicorn and five strands of hair of men who have now turned bald but were wise enough to preserve those strands of hair for my ceremony. Talk about foresight. This deadly virus leads you to squint and read through your text at least two dozen times. I am trying to return to normalcy and hence I read through the text only a couple of times, after it is done. Pardon me, please, if there is a typo, although you can let me know about it…in private, of course. Together we can fight this virus and save time.